The Escrow contract has many problems that causes it to be vulnerable to exploitation; allowing the recovery of Ether and retrieval of the encryption key. Below are some simple fixes that would remove these vulnerabilities from the contract. The two biggest fixes are to prevent the decrypted encryption key leaking if the decryptCallback function fails, and to check the ransom amount is still paid at each step of the process and not just the beginning. 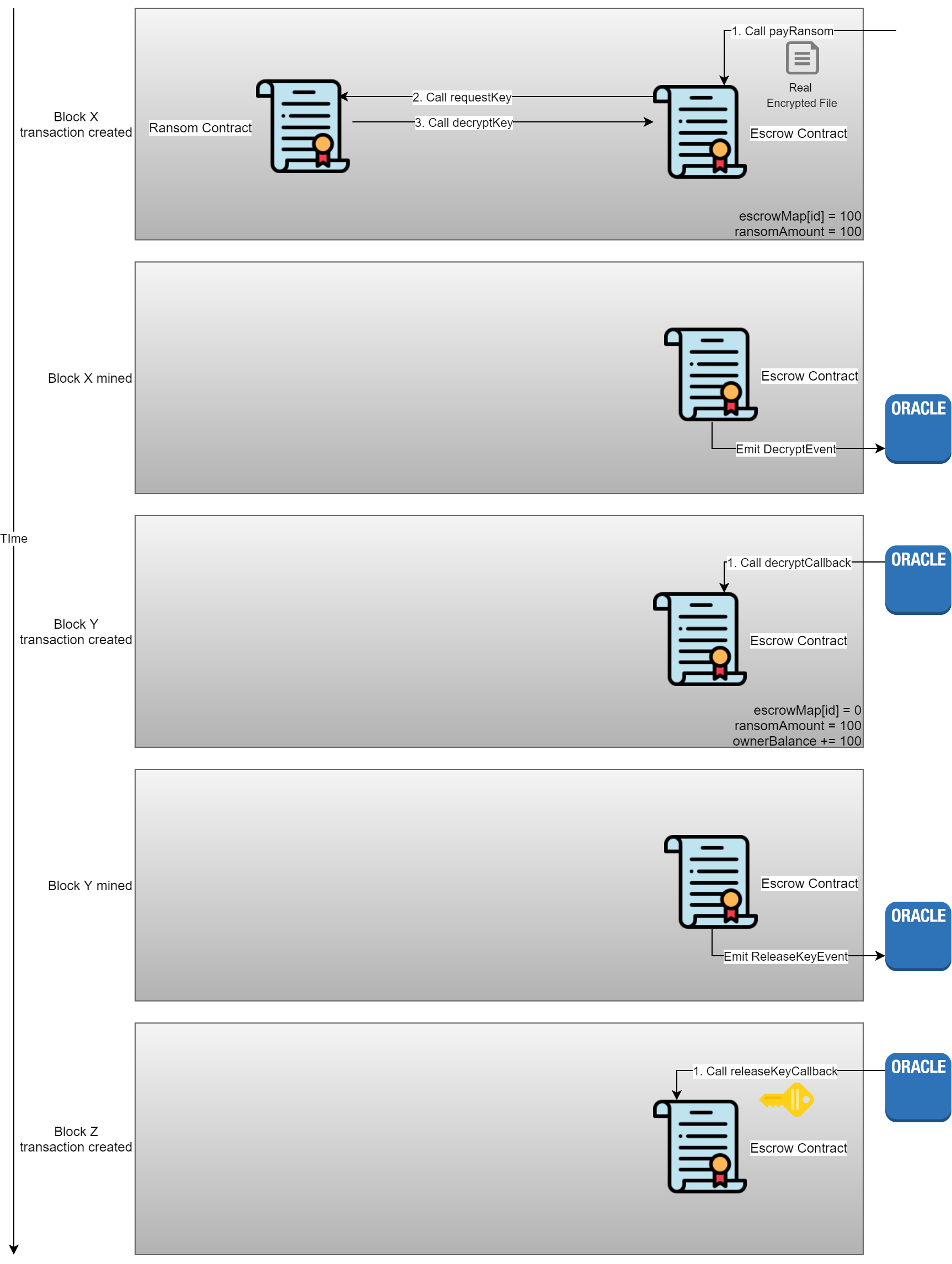 The Escrow contract should check to see if the victim ID is already used, and if so fail.

When control is passed to the Escrow contract it shouldn’t call a function from another untrustworthy contract, such as Ransom contract, but instead run until completion; protecting against re-rentrancy.

The is fulfilled function should be removed from the Ransom contract, this can be implemented in the Escrow contract as either an additional variable in Victim struct or by checking if decryptKey has been released.

To prevent an underflow from happening the DecryptCallback function needs to ensure that escrowMap[id] is greater or equal to ransomAmount. If it is not the function should fail and not subtract the ransomAmount and causing an underflow.