Smart contracts have some advantages and disadvantages over traditional programming. A smart contract creates a record on the blockchain for every transaction and allows anyone to verify that the operation happened correctly. The disadvantage is that a contract’s storage and code is completely public. This years challenge tasks us with reading the storage of a smart contract.

In order someone to keep a secret from others on the blockchain, there has to be some processor off the blockchain, referred to as an oracle. This oracle will monitor for events emitted by a contract, process the event, and then call a function in the contract with the result. These events are only emitted when the block is mined.

There are a few other differences compared to traditional programming. Transactions are there forever, so someone else can observe how functions were called, what events were emitted, or what the state was at a particular time. Additionally, when functions outside of a contract are called, the contract is handing control over to a third party, whose potentially untrustworthy, which can cause flaws like re-entrancy.

Here are some good resources on Ethereum security and attacks.

Additionally, here is a good read on privacy on the blockchain.

Below are the flows for a few operations the victim might make. 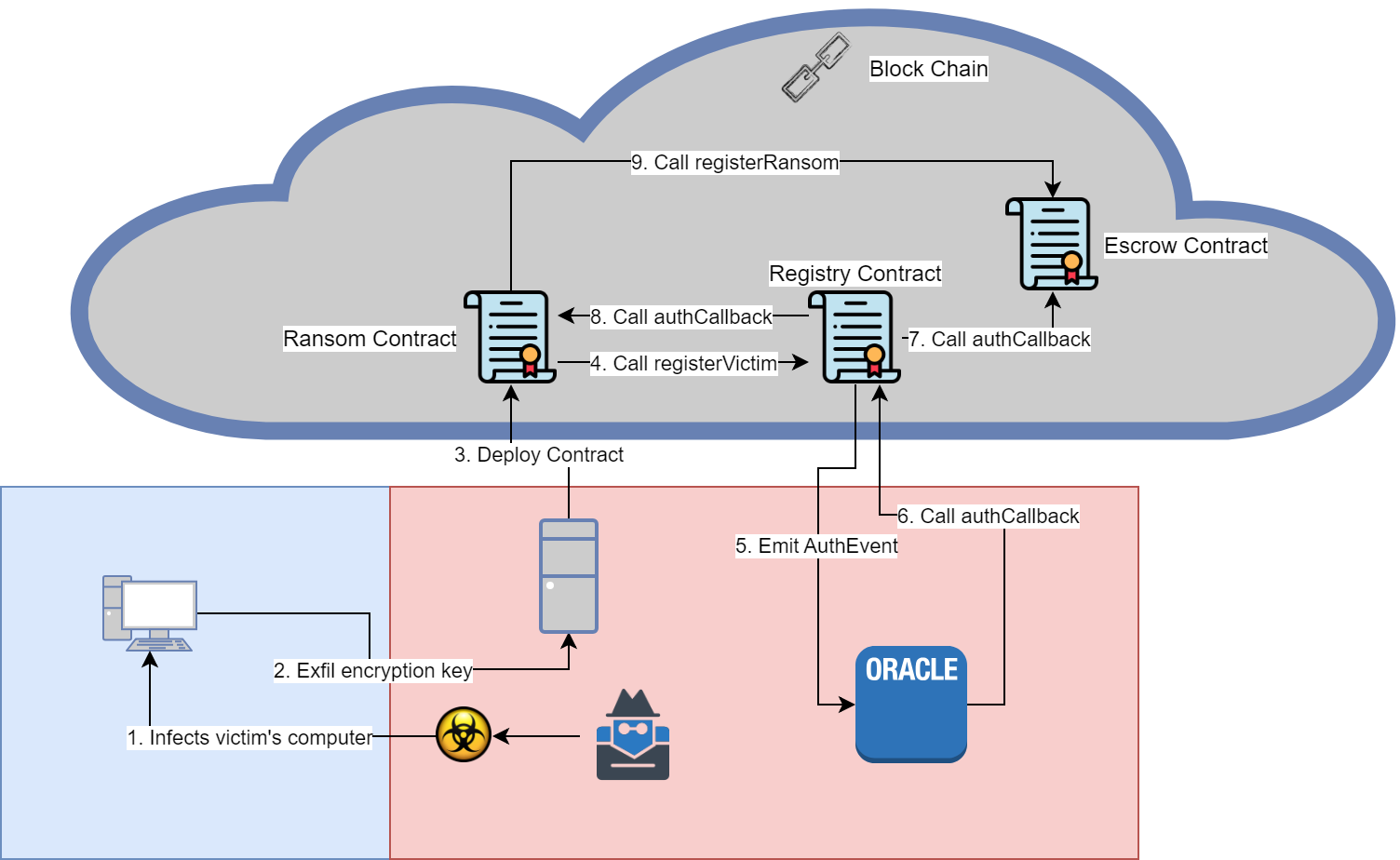 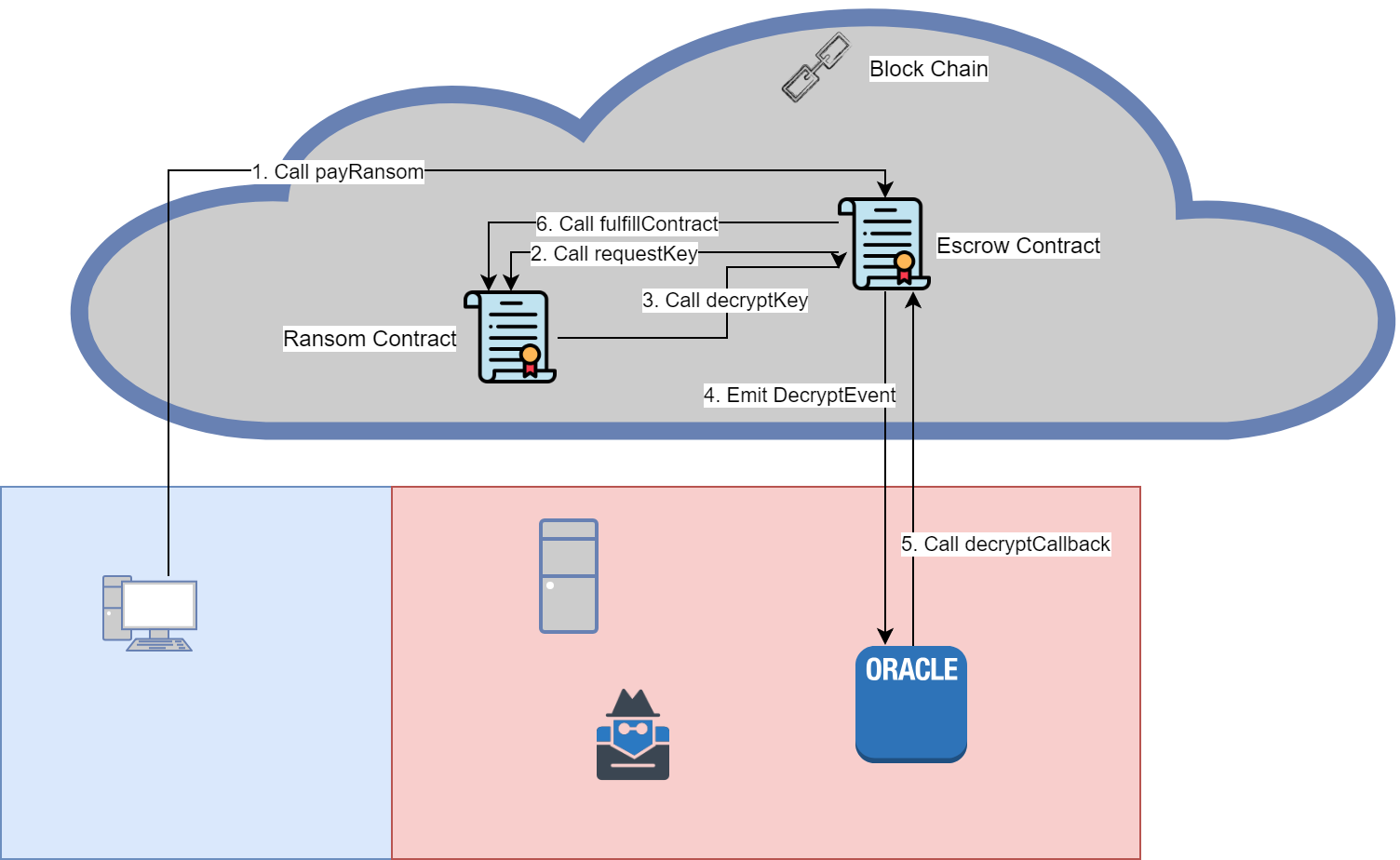