For task 1, you are given a network traffic capture and keys to decrypt the SSL traffic. The challenge asks you to ID 9 potentially malicious TLS sessions and provide the timestamp of the first packet and source IP. I opened the capture in Wireshark and loaded the provide keys. 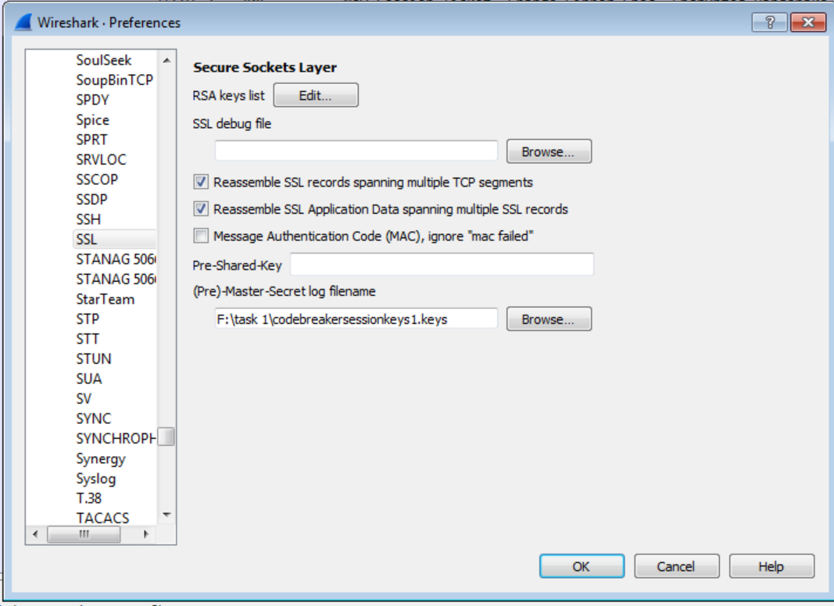 One of the first steps when analyzing network traffic is to have a list of IPs that are communicating, and with who. This can be found in conversations under the statistics tab. The first thing I noticed is everything is communicating with 172.21.37.124, which is probably the MQTT server.

The hint here is in the requirement for task 1, “You must identify exactly 9 potentially malicious TLS sessions.” Looking at the number of packets sent in each conversation you can see that 4 of them sent 39+ packets. The other 9 IPs sent 5-8 packets, which seems odd. The next step is to start filtering on each of the conversations to check our suspicions.

The conversation from 172.16.162.148 has a TLS Alert message saying it had a fatal error on protocol version. The attacker tries to use TLSv1, when the MQTT server is expecting TLSv1.2, which is why the connection is terminated.

You can do this for each IP, or you can filter for IPs that were able to connect to the MQTT server, with the filter “mqtt.conack.val == 0. This returns the 4 IPs that were seen earlier sending alot of packets and bytes back and forth. These are your good IPs.

After submitting the bad IPs and times, the task is complete.